Defying gravity for over 100 years

1, 2: another GE-powered airplane just took off!

And now again. While you're counting, we will try to introduce ourselves.

We are a proud member of the General Electric's global network, namely the GE Aviation division, which ranks as one of the largest aircraft engines manufacturer in the world. To put this into perspective, right now, there more than 2 200 airplanes carrying over 300 000 people in the air thanks to GE's engines.

The purpose of our work is to lift people up, carry them wherever they need to go and bring them home safely – all around the world. This complex, large-scale effort requires access to technology, organizational process and capital that only a Digital Industrial Company can provide.

From the heart of Europe...

You might know it as Prague, Czech Republic or The City of 100 Spires. To us it is also a home. 650 GE personnel design, manufacture, sell and service here GE turboprop engines that power aircraft around the globe. Our Czech plant is GE's sole builder of aircraft engines outside the U. S. 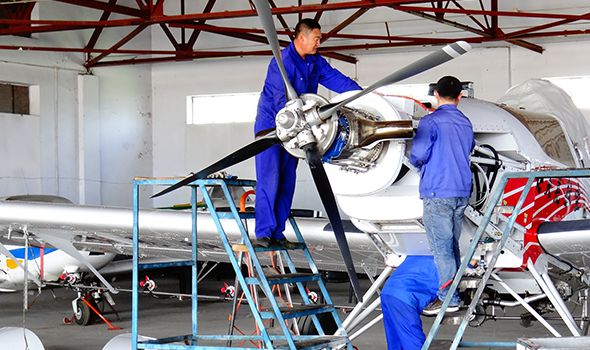 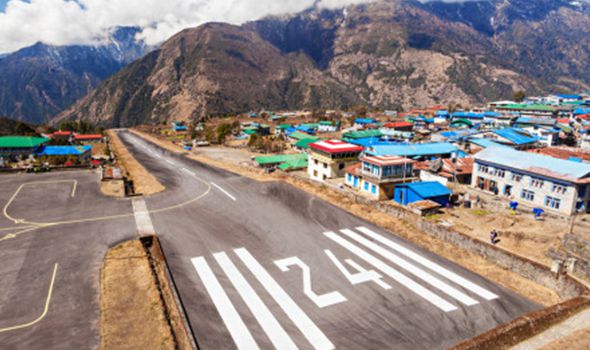 ...to the rest of the world

GE turboprop engines power over 30 different types of aircraft, carrying passengers and cargo across six continents. Built for durability and efficiency to withstand a wide range of climate conditions, GE turboprops result in thousands of flight hours with minimal maintenance.

The GE H80 was the first in the H Series. It was followed by the H75 and H85. All of these engines come with more shaft horsepower and improved fuel efficiency. For pilots and customers, the H Series engines enable longer flights and significantly enhance hot-day take-off performance and high-altitude cruise speeds.

GE turboprop engines enable aircraft to handle anything from unpaved landing strips in Africa and Latin America to permafrost in Siberia. Today, more than 1,600 L410 aircraft are flying throughout the world. The GE H Series engines have received nine certifications and are in operation on six continents, with nine announced applications. To date, 17 million flight hours make the H Series a well-tested and truly reliable turboprop engine. 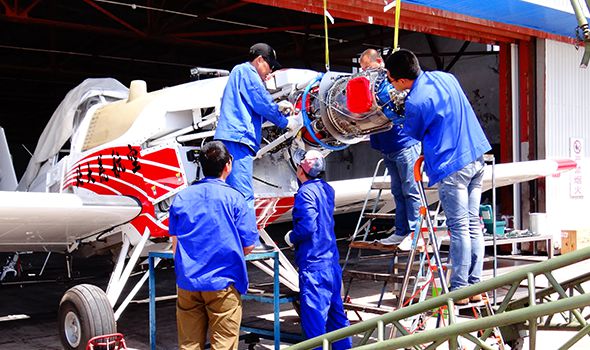 Everything spins around quality

We hold certifications for quality assurance (LRQA) in aircraft engine design, manufacture and service, including training and support. We also work closely with the European Aviation Safety Agency (EASA) and the Czech Republic's Civil Aviation Authority. These agencies supervise the robustness of organizational processes, the safety of product operation and the meeting of environmental standards. In turn, we demand the highest quality standard from our suppliers by conducting external audits and implementing standards that meet or exceed requirements in the aviation industry.

Want to join us on the way up?

Do
business with GE Aviation

Interested in doing business with us? Together we can change the world for the better while achieving your out comes. 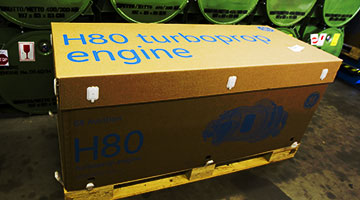 Let's change the world
Your
career at GE

Do you want to work with a leading Digital Industrial Company? Help us create solutions to some of the world's most exciting technology challenges. 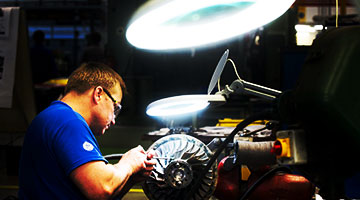